In WSL1 you could download chromedriver.exe for Windows, put it somewhere on your Path, and then let ChromeDriver and Chrome run in Windows while Selenium (or what have you) ran in Linux. This doesn’t work in WSL2 anymore, since localhost on the WSL side does not point to Windows; the outside Windows world has its own IP address. Chrome doesn’t like this at all.

Fortunately, we can run Chrome entirely from the WSL using an X server.

I’m using Debian for this, Ubuntu should work the same. This requires WSL2; it will not remotely work in the original WSL.

You need to do this even if you have Chrome installed in Windows already.

Download, unzip, and put it in your bin directory:

If you had previously installed ChromeDriver in Windows and were using it in WSL from the Path, make sure you aren’t pointing to that one anymore:

Download and install VcXsrv in Windows. Once installed, run xlaunch.exe (from the VcXsrv folder in Program Files). You can leave most of the settings as default, but make sure to check “Disable access control”.

In Linux the DISPLAY environment variable tells GUI applications at which IP address the X Server is that we want to use. Since in WSL2 the IP address of Windows land is not localhost anymore, we need to set DISPLAY to the correct IP address:

I recommend you put this in your .bashrc or whatever the equivalent is for your distro.

If you run google-chrome the Linux-side Chrome should open inside an X server window in Windows! This will also “just work” when ChromeDriver tries to open Chrome when you run your automated tests. 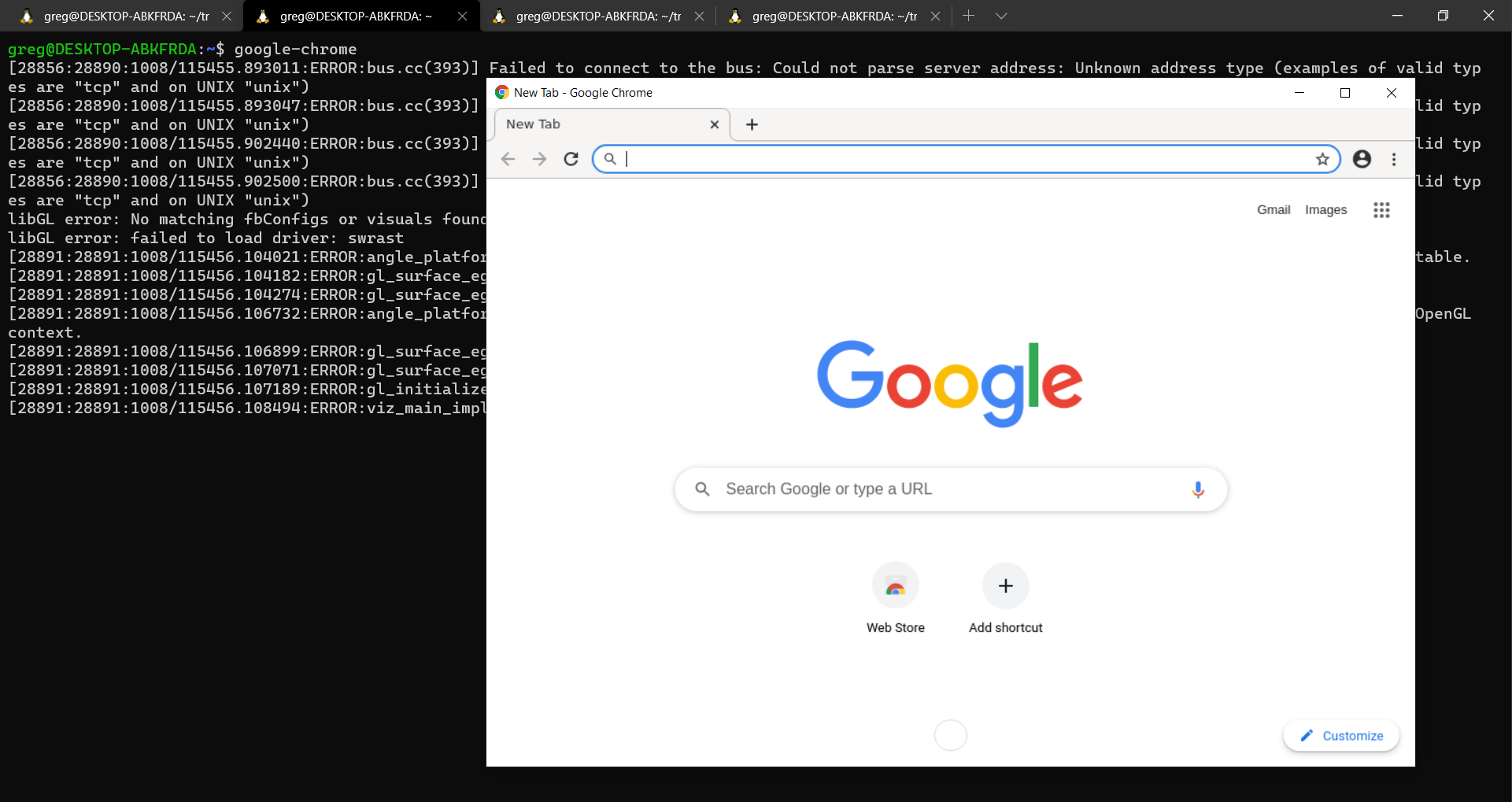 Got feedback or questions?